Zika virus is spread to people through mosquito bites. The most common symptoms of Zika virus disease are fever, rash, joint pain, and conjunctivitis (red eyes). The illness is usually mild with symptoms lasting from several days to a week. Severe disease requiring hospitalization is uncommon.

Outbreaks of Zika have occurred in areas of Africa, Southeast Asia, the Pacific Islands, and the Americas. Because the Aedes species mosquitoes that spread Zika virus are found throughout the world, it is likely that outbreaks will spread to new countries. In December 2015, Puerto Rico reported its first confirmed Zika virus case. Locally transmitted Zika has been reported in the southern United States, and cases of Zika have been reported in returning travelers. View current areas with Zika here.

There is no vaccine to prevent or medicine to treat Zika. Travelers can protect themselves from this disease by taking steps to prevent mosquito bites. When traveling to countries where Zika virus (see map) or other viruses spread by mosquitoes have been reported, use insect repellent, wear long sleeves and pants, and stay in places with air conditioning or that use window and door screens. 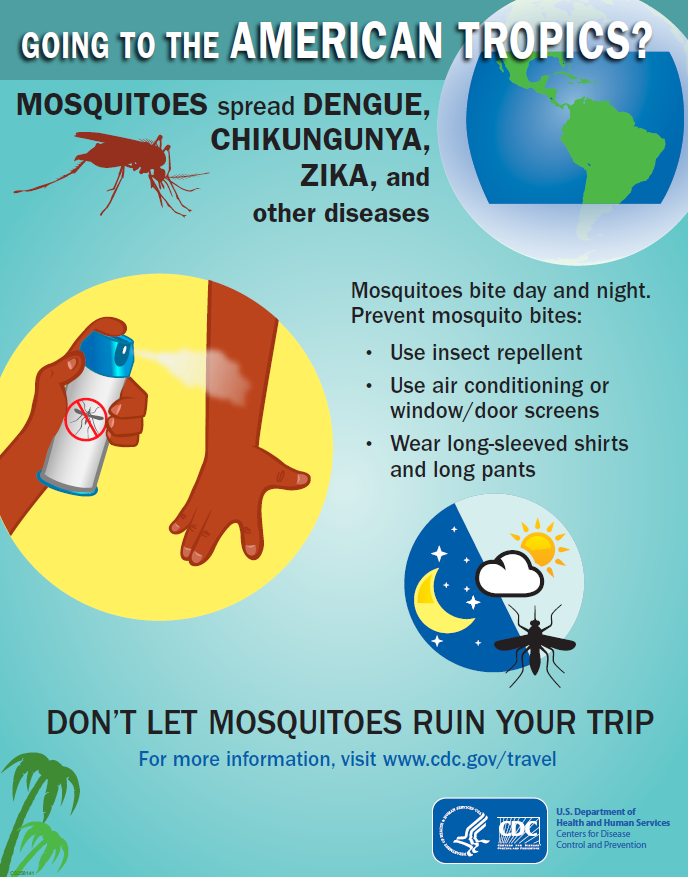 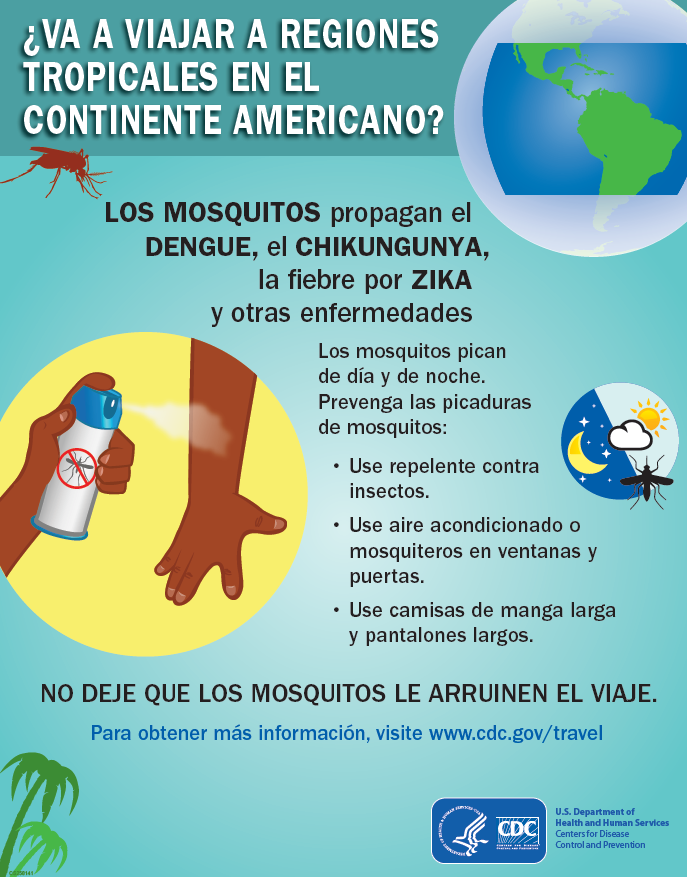