Young people are disproportionately affected by Sexually Transmitted Infections, or STIs. In Outagamie County in 2015, people age 15-24 made up just 12.1% of the population, but accounted for 65% of the new STIs diagnosed (Chlamydia: 66%, Gonorrhea: 63%). 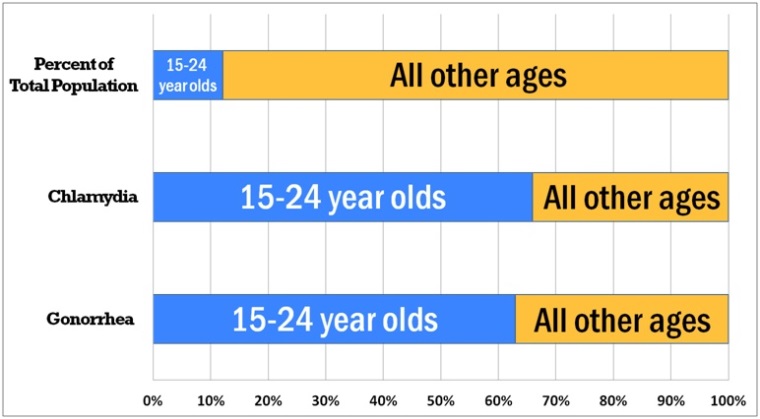 Chlamydia is a common STD that can be easily cured. If left untreated, chlamydia can make it difficult for a woman to get pregnant.

Anyone who is sexually active can get gonorrhea. Gonorrhea can cause very serious complications when not treated, but can be cured with the right medication.

Human papillomavirus (HPV) is the most common sexually transmitted infection in the United States. Some health effects caused by HPV can be prevented with vaccines.

Syphilis is a sexually transmitted disease (STD) that can have very serious complications when left untreated, but it is simple to cure with the right treatment.